Bernie Reeves is a man determined to get to the bottom of things, and he is now on the track of an American KGB agent, who was recruited in London in 1978 by the KGB officer Viktor Oshchenko. This is an episode that was cut out of Christopher Andrew's recent "official" history of MI5, for the obvious reasons that this was an intelligence failure. 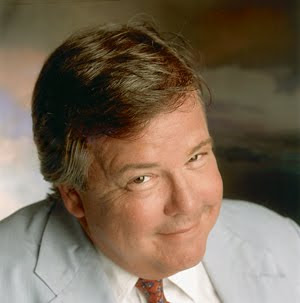 Bernie Reeves - the man behind Metro Magazine and the Raleigh Spy Conference
I am certain that Bernie Reeves will discover the truth, and reveal the details of who this KGB agent was at the next Raleigh Spy conference in March 2010.

This is a copy of my recent correspondence with Bernie Reeves:

I have just noticed that Professor Christopher Andrew will be your guest at a Raleigh event on the 14th November, when he will be promoting his new book “Defend the Realm”. John Symonds would like to ask if you would consider putting a question to Professor Andrew on his behalf.

In the original Mitrokhin Archive publication there were five full pages devoted to John Symonds’s story (pages 559-563 inclusive), which were designed to create a media frenzy. However, in this latest book all reference to John Symonds has completely disappeared, despite large chunks of the new book being almost identical to what is in the Mitrokhin Archive.

John has his own theories about why his story has been “disappeared”: either MI5 are avoiding embarrassment, or Andrew fears a further libel case against him leading to yet another public apology (see attached). John suggests that this question is sprung to surprise Andrew (for public effect).

If you can help John get to the bottom of the reason for the deletion, then he will be prepared to offer himself for cross-examination by your audience at the next Raleigh Spy Conference if you so desire.

Was it fear that he knew he was lying about what he had read in MI5 files? Was he scared that his research and book The Defence of the Realm was a pack of lies? Or is his brain finally falling apart as a result of Parkinson's disease? What a bullshitter and official supporter Christopher Andrew is for the likes of MI5 and MI6. Andrew is nothing more than a paid liar - a prostitute - a compiler of compendiums for the powers that rule us from above.

How much money have the British Public paid to produce a programme designed to deceive like this one? 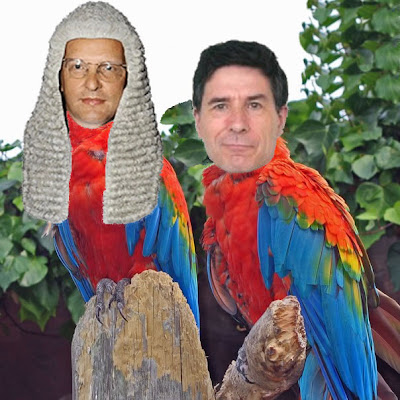 Professor Christopher Andrew with another arsehole parrot amongst parrots