It was some time ago, on 1st April 1977, that the Guardian newspaper printed their famous April fool hoax about a fictional island called San Serriffe. It was all quite innocent fun, and at the time I saw no harm in keeping that copy of the Guardian as a memento of a well produced joke, which must have tricked a few readers at the time.

You can imagine my surprise when that very copy of the Guardian was removed from my home and it turned up as one of the exhibits at my trial. The prosecution barrister waved the newspaper at the jury, and he made the astonishing claim that copies of the Guardian newspaper had been used by the KGB to identify their agents in the street. According to the prosecution case a KGB agent would be asked to carry a copy of the Guardian, so that the Russian officer would be able to recognise them when arriving for a planned meeting.

There was no chance for me to protest that they were talking about the San Serriffe issue, which was only kept for nostalgic reasons. No, as far as the jury would be concerned this was yet another piece of damning evidence, that I had been keeping a copy of the Guardian as part of the spy tradecraft being described by the prosecution.

It was equally unbelievable to me that Professor Meirion Francis Lewis claimed to be able to identify the project on which the one “restricted” document in my case was used. Despite Professor Lewis’s lack of expertise in the field of missile technology and jamming, he was able to pinpoint that the document was used on the ALARM missile.

Well, I believe the claims of Professor Lewis were as big a hoax as the April fool joke in the Guardian. As 1st April is again upon us, it would be a good idea to say “April Fool!” to Professor Lewis. He lives here …. 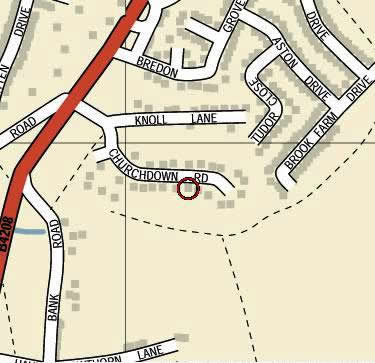 Why not pay him a visit, and you might find him sitting amongst the gnomes in his garden. Ask him who told him that the “restricted” document was linked to the ALARM missile. Or, if you live too far away, then why not write Professor Lewis a letter or give him a phone call. I am sure he would welcome a chat. He can be found here:

I am not sure if Professor Lewis is the April fool himself, but somebody must be very embarrassed about the mess they made of the prosecution case at my trial.

Readers can see just how damaging the copy of the Guardian newspaper was from the picture below: 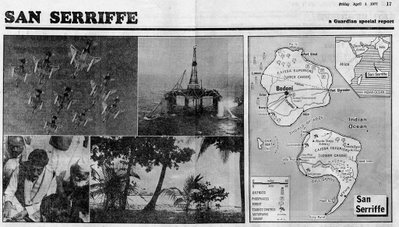 The opening page of the Guardian Hoax on San Serriffe
Now read the full article about San Serriffe here on my blog.
Posted by mjs at 6:22 PM No comments: