I want to talk about these three lawyers, because these were the men who were responsible for my prosecution and conviction. They must have known the true facts about the evidence, but they chose to hide what they knew, and instead used it to their advantage in a cynical ambush on my Defence, at the last possible moment. I wrote to these three characters in December, telling them about the new evidence I had obtained, which proved that their case was seriously flawed. However, these 3 men chose to say nothing, or do anything to help me sort out the mess that they had created.

If I had been involved in twisting the truth to win a court case, then I would have thought it was something to hide away from public view. It is really something to be embarrassed about. But no, these idiots want to shout their wrongdoing from the rooftops. I cannot understand this approach, unless it is some sort of sadomasochistic tendency that they have picked up as a result of public schools practices.

Just take the case of Sir Derek Spencer QC. Look at the way he proudly displays the fact that he won the Prosecution case against me: 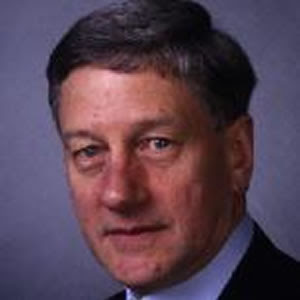 But his triumph in my case was all based on a lie. What a cunt he is for thinking he can create a reputation for himself based on lies and underhanded methods - and he thought nothing of my misfortune and the damage he did to my life.

Now let us look another “sir”, Sir John Nutting QC. He also proudly boasts about his success in tricking the jury to convict me: 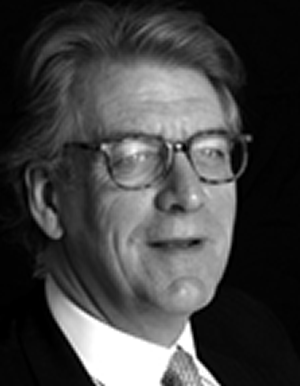 Again this fucker arrogantly shows off the fact that the Prosecution won their case based on lies that the key "restricted" document at my trial was used on the ALARM missile, when it was actually obsolete before any of those missiles were ever manufactured.

Then, lastly we come to John Kelsey-Fry QC. 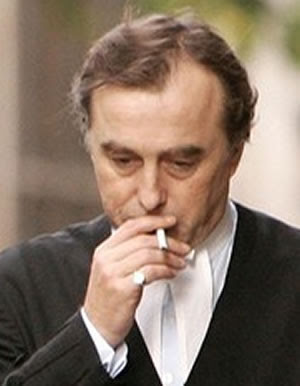 The evil 2face of John Kelsey-Fry QC
Just see how he is trying to smoke himself to death, and hopefully will die a horrible and painful end with lung cancer.

What a two-faced bastard this guy is. He is also proud of the lies that the Prosecution were able to use at my trial:

I know from my dealings with my junior barrister, Gary Summers, that Kelsey-Fry was the go-between on much of the interaction between the Defence and the Prosecution teams - a sort of gofer. If anybody knew what was going on, then Kelsey-Fry did, and he chose to deceive Gary Summers by not warning him that the Defence was about to be ambushed with false evidence.

These three “lawyers” are the sort of people who have had life’s opportunities given to them on a plate. No wonder they talk like they have silver spoons shoved up their arses.

"Name them and shame them", that is the name of the game, and these guys need to hang their heads in shame for deserting those lofty ideals on which they should have based their careers.
Posted by mjs at 3:38 PM 22 comments:

I was arrested on 8 August 1992, and convicted on 18 November 1993 of contravening the Official Secrets Act. I was accused of leaking sensitive military information to a Russian, who was never identified, and this was a claim for which no evidence could be produced. In reality, it now seems that I was entrapped by MI5, and this is presumably why they could not admit that the money they gave me had been taken out of a bank by a British, rather than a Russian, intelligence office.

The farce of the trial that I was subjected to was injustice enough, but in order to convict me the CPS had to produce evidence that I had been, or was going to, hand over British “secrets” to an enemy of the State. This was rather difficult to prove without the gross exaggeration and lies on the part of the Prosecution but, nevertheless, these people were prepared to go to extraordinary lengths in order to deceive the jury and the British people.

There was nothing above “restricted” documents involved in my case, and the key exhibit, on which the jury were invited to convict me, was carefully described as so sensitive that it could endanger the lives of British servicemen, enabling an enemy to understand and jam the ALARM missile system.

Well, it is now known that the document concerned, dated 1982, was in fact made obsolete in 1984, and it was superseded by a different specification that was declassified to “unclassified”. This vital evidence was never disclosed to my Defence, and has never been admitted by the MoD or other bodies involved with my case. However, as a result of these lies in court, I was given a 20 year sentence, and I spent over 10 years in prison.

Now, take the case of the civil servant who left his documents on a train. The reports involved were said to be extremely sensitive matters concerning Al Qaeda and Iraq’s security forces, and they were marked “Top Secret” and “Secret” - they were clearly current documents about very serious matters indeed. These documents were left completely unsecured and could have found their way to terrorist groups or to others who could have used that information to endanger British interests. With the classification being at the top of the range, these documents had been considered very sensitive, and yet the system was so weak that the documents could be taken out of the buildings where they were stored, and idly left on the seat of a train for anybody to read.

This all makes me very angry, because I spent years in a maximum security prison for merely having possession of an old obsolete document, which was misrepresented to the jury in order to convict me. In this recent case, the documents really were sensitive, and they were treated with apparently very little respect.

So what will happen to the civil servant concerned? How many years can we expect that he will he spend in prison for his indiscretion - or will he even lose his job? This is the hypocrisy within the system, and why people who weep crocodile tears about national security and terrorism should be treated with the contempt that they deserve. Nothing is going to happen to this guy, except a slap on the wrist, while people like me are crucified to appease the great God of National Security. Fuck you, all you bastards who think you are above the Law.
Posted by mjs at 2:02 PM 1 comment: