American recruited to KGB in London by Oshchenko

It may seem a little bizarre that an American citizen was recruited to the KGB in London by Viktor Oshchenko in the late 1970s, but this story has never been revealed to the general public until recently.

This man was working as a salesman in a Hi-Fi shop in Tottenham Court Road, and he was easily led into an association with Viktor Oshchenko and effectively recruited as a KGB agent to work for the Russians.

Many months later he got scared and decided to tell the American Secret Service that he had been dealing with the Russians. The agreement was that he could remain anonymous if he told all and then acted as a double agent on behalf of the West. As a result at least one Russian KGB officer was expelled from Britain in the early 1980s.

You can read the actual transcripts of the American's debriefings (by the American Secret Service and MI5) on the USA Cryptome website here, and the Russian JAR2 website here.

The American managed to keep his identity secret when he appeared on behalf of the prosecution at my trial. He was known as Mr E at my trial, but he has also been referred to as "Linnell".
Posted by mjs at 3:59 PM No comments:

I have expended much hard work to bring about a thorough review of my case, but the rot is so deeply embedded in the British legal system that it requires superhuman powers of perseverance in order to cause any change in the minds of lawyers and judges. Luckily I was blessed with the gift of never giving up, and that is a necessary requirement when it becomes apparent that people like myself have to dig deeper at every stage to get those in authority to take miscarriages of justice seriously.

With the erosion of liberties, and the weakening of the rights of those accused under such new restrictions as the anti-terrorism laws, it is ever more important that the legal implications caused by the underhanded methods used at my trial and appeal are not allowed to remain as precedents to entrap other unfortunate members of the public.

It was with some regret that I have reached the stage where I felt it necessary to complain about the way Mr Michael Mansfield QC dealt with my case at the Court of Appeal. I lay out below a letter and an official form of complaint which I sent to the Bar Council last week. I also attached to this complaint a copy of the Judgement from the Court of Appeal on 8 June 1995, this document has now been published on Cryptome in the USA here and on JAR2 in Russia here. 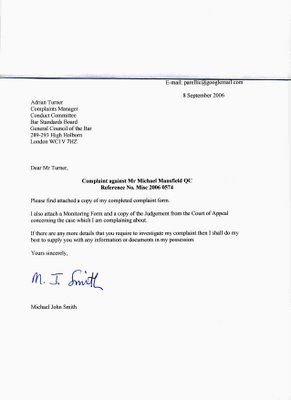 Letter of Complaint to the Bar Council about Michael Mansfield QC 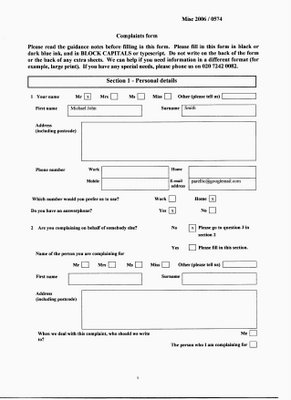 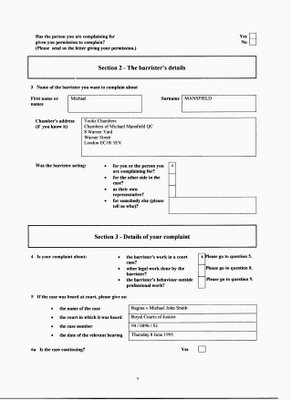 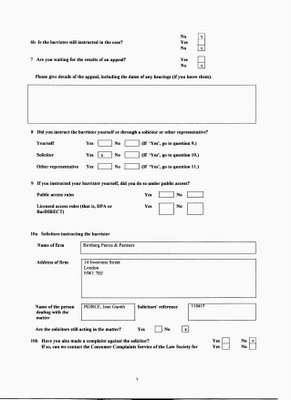 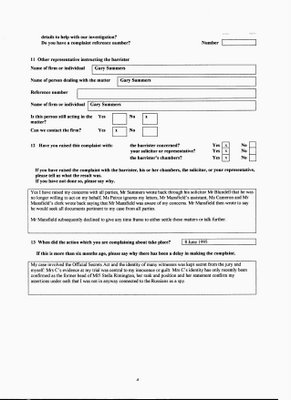 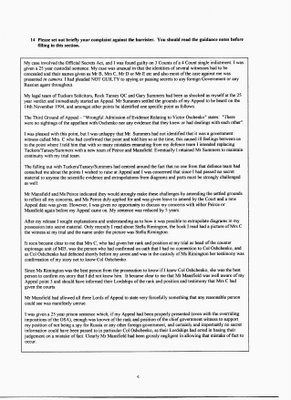 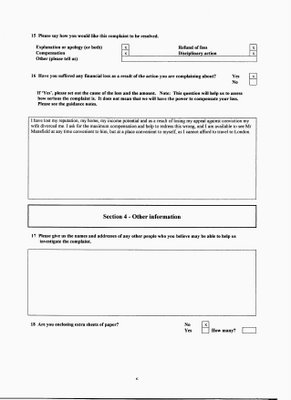 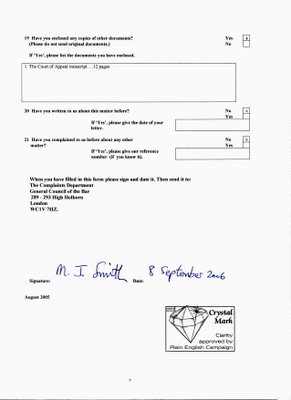