Not the first time Blofeld has been accused

I was quite surprised to read less than a year after my trial that judge Blofeld was being accused of improper conduct in another case. I was always suspicious of why certain issues in my trial had been glossed over, such as the source of the money (MI5 I suspect), the cover-up over why Oshchenko did not appear as a witness, the bad rulings such as allowing an irrelevant witness Mr E to appear, the use of an apparently illegal fake phone call to my home, the use of hearsay evidence connected with a key witness (Marconi’s Technical Director). I could go on and on about the bad decisions and conduct of my trial, but it seems judges are a law unto themselves. 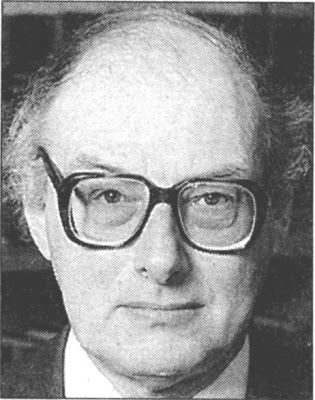 Sir John Blofeld QC
Anyway, all Blofeld’s rulings from my case are published on the Internet, so anybody can read them now. This is the newspaper article about the affair:

By A Staff Reporter

THREE judges have denied allegations that they made improper contact with each other to discuss a drugs case.

Letters from Judge MacDonald, a circuit judge in the North East, Mr Justice Blofeld, a High Court judge, and Mr Justice Mortimer, an appeal judge of the Hong Kong Supreme Court, were read out in the Court of Appeal yesterday in response to newspaper publicity given to claims of impropriety against them by Paul Blanchard, a businessman. Blanchard, 49, was jailed for six years by Judge Macdonald in October 1992 for conspiracy to supply the drug Ecstasy, and is seeking leave to appeal.

He claims that the trial judge had telephone conversations about the case with Mr Justice Mortimer, an old acquaintance from the North-eastern circuit who, in 1978 when he was Barry Mortimer QC, had unsuccessfully defended Blanchard on a charge of fraudulent trading.

Blanchard has also alleged that Mr Justice Blofeld, who turned down his initial appeal application in February last year, spoke on the telephone to the other two judges. He claims he was denied a fair trial and proper consideration of his appeal application.

At yesterday’s preliminary appeal hearing, Lord Justice Russell insisted the judges’ letters denying the accusations be read out. He ordered Blanchard’s lawyers to decide as a matter of urgency whether they planned to pursue the allegations and, if so, return to court as soon as possible with details of the claims and statements from proposed witnesses.

Mr Justice Mortimer said he had received a message to contact Judge Macdonald, but when they spoke he knew nothing about it.

Mr Justice Blofeld said he had never spoken to either of the other judges on the telephone in his life and certainly not on the occasion suggested.