I see that it was announced tonight on Sky News, and published on the Daily Mail website, that Oleg Gordievsky has claimed he was a victim of an assassination attempt back in November 2007, when he fell ill and was taken to hospital. Surrey Police are investigating these claims, but I doubt that they will amount to much. The story looks more like Gordievsky is suffering from paranoia, probably brought on by his previous lifestyle and treachery against the country of his birth.

Oleg Gordievsky nearly falls off his perch
It is quite funny that he appears to have fallen out with his mates in MI6, because he was always singing their praises in the past, even to the extent of writing letters to newspapers about what a great organisation it was. Perhaps MI6 is no longer happy with Oleg Gordievsky’s constant attempts to seek publicity for himself, although he could have been seen as a liability due to his tendency to exaggerate and lie.

Back in the 1990s he made various allegations against well-known politicians and public figures, such as Michael Foot and George Robertson, accusing them of being KGB agents. Very few of Gordievsky’s allegations amounted to anything, although he must have known that such serious and false claims would cause distress and damage to his victims, but apparently he had no conscience about publicising such lies.

Gordievsky gave evidence at my own trial in 1993, where he made up a story that he believed I had been sent on a KGB training mission to Oporto in Portugal back in 1977, when I was on a camping and driving holiday with a friend of mine. The evidence for his claim was a tourist map that I had saved from this holiday. However, Gordievsky’s analysis of the facts was very biased and designed to help the Prosecution, which eventually led to me being convicted and sentenced to 20 years imprisonment. What infuriated me was that this really had been just a holiday, but Gordievsky’s exaggerations must have swayed the jury against me.

This story about Oporto was described in the Portuguese magazine Focus in 2007, and it is apparent that Gordievsky’s claims were not based on any real evidence. In fact, when the Mitrokhin Archive was published in 1999, the so-called story about a Portuguese KGB training mission was claimed to be in Lisbon in 1979, a completely different place and year. So, Gordievsky’s version of events could only have been guesswork designed to support my prosecution.

As more evidence has come to light, which supports my belief that my conviction had been deliberately engineered in 1993, it has become pretty obvious that some underhanded and criminal activity lay behind certain aspects of my trial. I have reported to the Police that more than one individual was involved in perverting the course of justice during my prosecution. It will be interesting to see how seriously these matters are taken by the authorities, although they often try to brush such embarrassing matters under the carpet.

Nevertheless, what a nasty piece of work Gordievsky has turned out to be - he is nothing but a fantasist and an attention seeker. Far from deserving high honours from the Queen, he really deserves to be condemned for expressing exaggerated opinions and telling lies. Probably this new story about an attempted assassination is yet another of his efforts to attract attention to himself, and to make some money from the media interest. 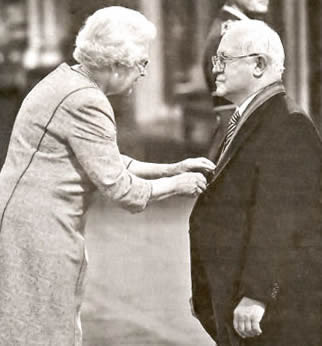 For anyone interested you can read Gordievsky’s cross-examination from my trial and the MI5 briefings used to “assist” him here on the JAR2 website and here and here on the Cryptome website. I think it is very unlikely that anybody has made an attempt on Gordievsky’s life, but if he had any conscience about what he has done in his life he should be more worried that he might become suicidal, and in that endeavour he would have a greater chance of success.
Posted by mjs at 8:18 PM No comments: